How does a fund earn over $500 million in management fees yet lose over $1 billion for investors since inception?

No, sorry.  It’s not a hedge fund.  It’s a mutual fund:  the Marketfield Fund, arguably the poster child for returns chasing in the liquid alts space.

Here’s the background. The Marketfield Fund was launched in July 2007 and outperformed the S&P 500 by a cumulative 34.5% during the crisis. As one of a handful of long/short mutual funds, it stood to benefit from the rise of liquid alts in the years following the crisis.

From mid-2008 through the end of 2013, the Fund put up very good numbers and outperformed the equity long/short hedge fund index by a healthy margin.  Then it underperformed badly – really badly – in 2014-15.  Since inception, the Fund has roughly matched the performance of the index – not too shabby considering the strategy is run in a mutual fund structure. 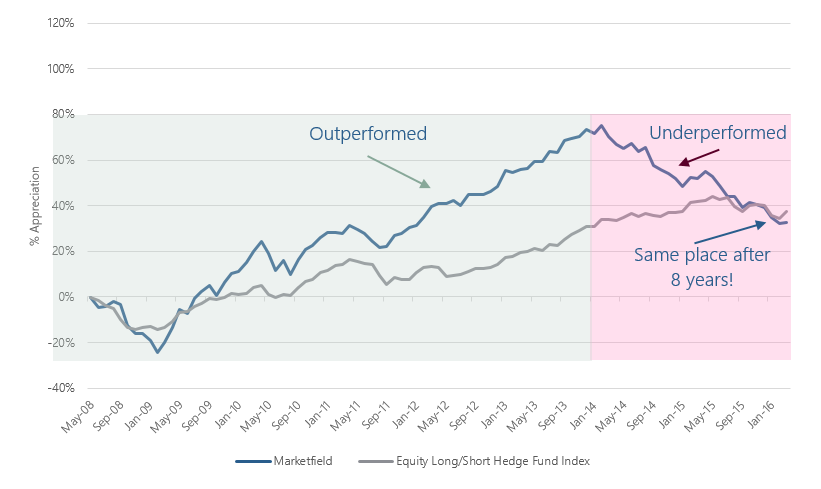 Naturally, good performance, robust distribution (after an acquisition in 2012 by Mainstay Investments, a division of NY Life, it had a massive distribution infrastructure) and liquid alts “buzz” led to asset growth.  Staggering asset growth, actually.  From around $12 million in assets in mid-2008, assets hit a peak of over $20 billion in early 2014 – growth of around 200,000%!  Unfortunately, when performance turned south, assets flew out the door as fast as they came in. 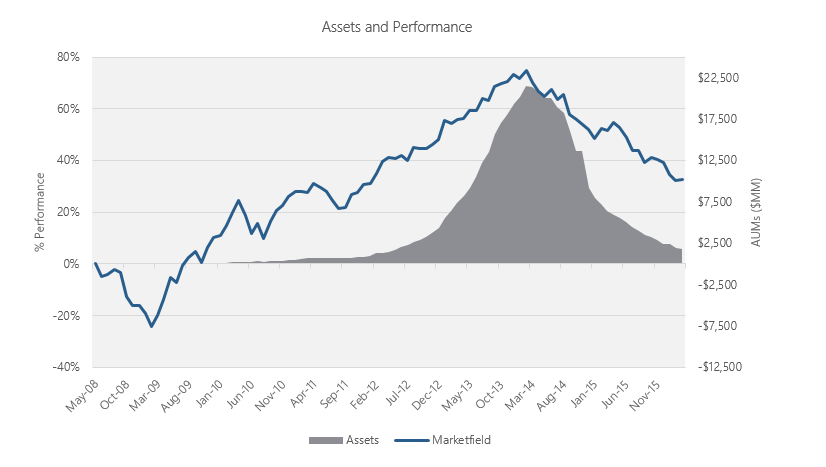 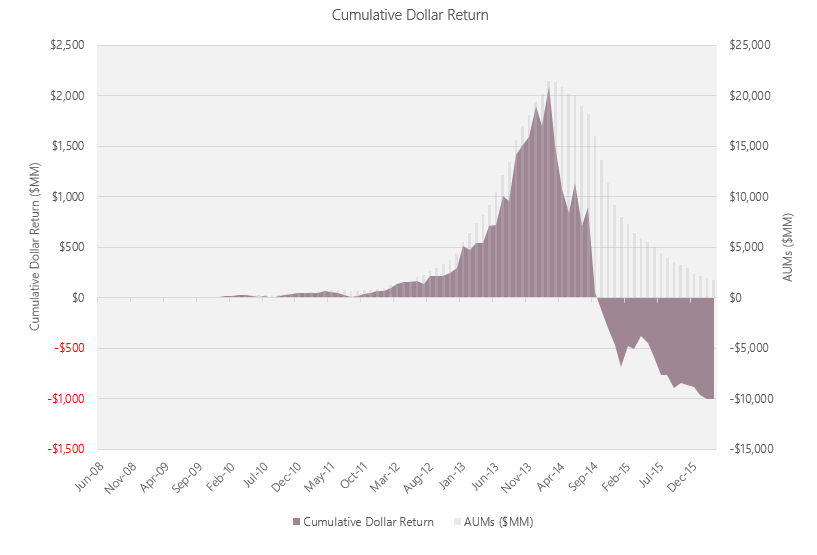 Timing is everything.  If those same investors had invested in the long/short index, they would be sitting on over $2.5 billion in gains. 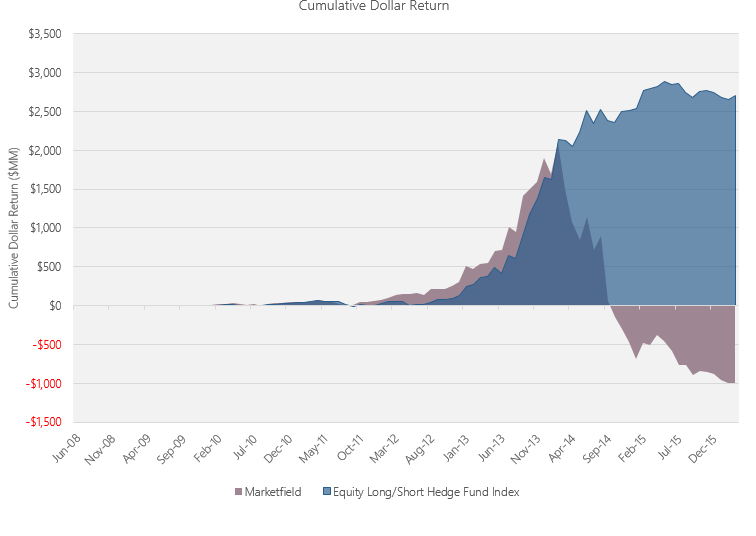 Frustrating for many investors, I’m sure, is that management fees aren’t returned when performance lags. Here is the cumulative management fee paid since inception – over $500 million.  Note that this does NOT include loads paid by investors on retail share classes. 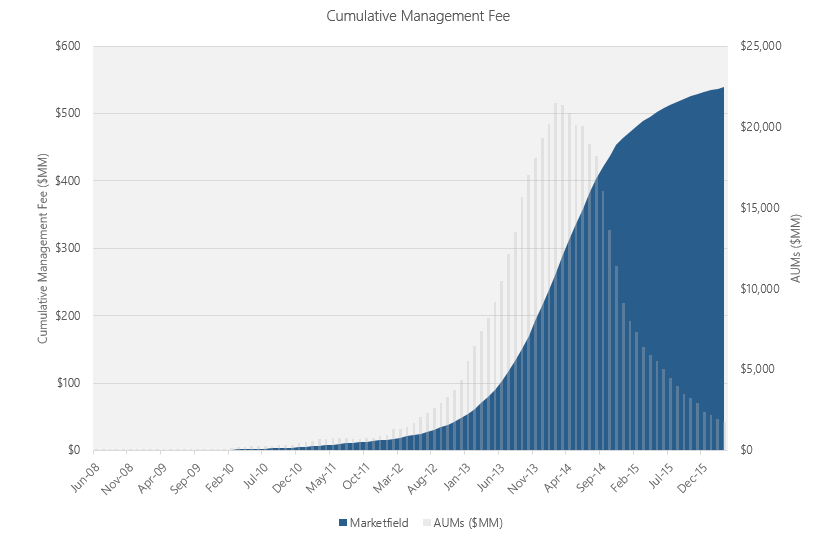 There are a few important observations here:

Don’t chase returns.  Past performance truly is not indicative of future performance.  Plenty of firms have flipped heads four times in a row and turned it into a business plan.  Remember:  outperformance often comes from additional risk taking.  As Warren Buffett noted, you only find out who’s swimming naked when the tide goes out.

Don’t underestimate manager risk.  Outside of the world of index hugging long only funds, performance can vary a lot.  In hedge fund land, for instance, you’ll often see a 60-70% difference in returns between top and bottom performers in a sector.  If you want a hedged equity strategy as part of asset allocation, you should find something sector-like or spread your bets among multiple managers.

Finally, asset growth kills performance. Managing $20 million through the crisis is a far cry from managing $20 billion in any environment.  During the crisis, the Fund was invested in small and midcap companies (average market cap around $2 billion) and made concentrated bets.  By early 2016, the average market cap in its portfolio was $26 billion with a far less concentrated portfolio.  The Fund’s investable universe essentially shrank by 90% or more – from thousands of inefficiently priced, underfollowed stocks to a few hundred of the most efficiently-priced mega cap stocks.  Also, forget about any alpha on the short side.  We see this all the time in the hedge fund space – strategies really do change with asset growth – and sophisticated investors spend a great deal of time evaluating whether you should rely on live performance early in a fund’s lifecycle.

All investors, to a degree, chase returns.  I’ve never met an allocator to hedge funds that exclusively invests in struggling managers.  The problem is that investors who chase returns often start with unrealistic expectations and are more likely to head for the exits when performance wanes.  With daily liquidity in the liquid alts space, though, itchy-fingered investors are that much closer to the door.